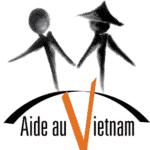 Grocers and shippers overwhelmed with orders for necessities under lockdown.

HANOI — An online supermarket in Ho Chi Minh City has been overwhelmed this week as people scramble to order essential goods during a COVID-19 lockdown, with many stores saying they face a shortage of delivery workers.

The situation arose after the city’s Department of Industry and Trade on Tuesday requested that local supermarkets help locked down citizens obtain food and other necessities.

Nga Tran, 48, a resident in district 8, complained in Facebook post Wednesday that no food was available. « I am not poor, but I am starving now, » she said.

Vietnam’s largest city and economic hub, home to 9 million people, has been locked down since Aug. 23, with the national government sending 35,000 personnel, including thousands of troops, to enforce restrictions meant to stop the spread of the coronavirus.

Since that day, millions of households across the city have been unable to go out shopping.

City leaders initially assured residents that food and medicine will be delivered to households by authorized forces — troops, police, public servants and volunteers. Local media reported these forces were distributing items, including newspapers, to households across the city.

However, the reality turned out to be different.

The government-led delivery operation became overwhelmed during the first week, prompting the city to issue the written request to local supermarkets and online platforms to participate in delivery services. The move followed an announcement from the city on Aug. 28, allowing as many as 25,000 shippers to join the delivery rollout.

But involving local businesses has done little to improve the situation.

Social media has been flooded with complaints that deliveries have been late and arrived with spoiled food. In some cases, vegetables were rotten or rancid. Video showed multiple groups of people out of the streets demanding authorities provide a proper food supply.

Nga said her family was doing better than others in the district as she was able to store some canned items and frozen food for her family of four ahead of the lockdown.

« Our channels are overloaded due to the great demand from consumers, » Doan Kim Huong, Aeon Vietnam’s operations manager, said Thursday.

The overload was caused by spiking demand as people shifted to online services in a short period of time. Aeon also suffered from shortages of shippers, Huong said.

Grabmart received over 10,000 preorders on the first day in just a few hours when it launched the service, an official of Grab Vietnam told Nikkei.

Bach Hoa Xanh, a grocery chain, under Mobile World Investment Corporation, said the chain processed between 50,000 and 60,000 orders daily since Aug. 23, five times more compared with previous weeks. The chain with 560 stores across Ho Chi Minh City is trying to increase its capacity to manage 100,000 orders a day if more shippers are available.

« But this only meets a third of the total demand of the chain’s regular consumers, » Thanh Phong, head of Bac Hoa Xanh’s communication department, said.

« Despite the huge purchasing power via online, supermarket’s capacity is limited, » he added.

Meanwhile, the outbreak continues to grow. Ho Chi Minh City recorded 5,963 new cases on Thursday, accounting for 40% of 13,186 new cases detected nationwide. Vietnam’s COVID-19 death rate, the ratio of confirmed deaths to confirmed cases, stood at 3.45% on Wednesday, higher than Thailand’s 1.24% and the Philippines at 1.06%, according to Our World in Data.

Sendo, an e-commerce platform, was urged to tell customers the purchased items will be delivered after Sept. 19.

« We started delivering items for customers after the city allowed shippers to operate, » a Sendo spokesperson said. « The city’s measures are fickle, causing confusion. We are struggling in meeting requirements while lacking staff to operate. »

Nguyen Viet Linh, head of communications at Be Group, a local ride-hailing operator, said it will likely take time to increase the workforce as many employees have been waiting to be vaccinated and secure travel permits.

Be Group, which has a fleet of 500 shippers, saw orders jump threefold since Monday to more than 10,000 trips a day, equivalent to 10% of the total trips during the first quarter, the company said.

« The current tight lockdown is not sustainable since all socioeconomic activities have been halted. The lockdown has brought the city to the verge of a total collapse. The risk of political unrest is seen on the horizon, Ha Hoang Hop, a visiting senior fellow with the ISEAS-Yusof Ishak Institute, told Nikkei. 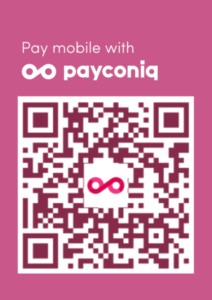 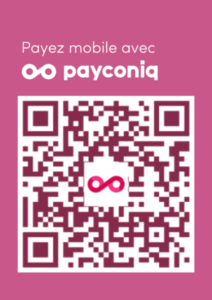